The Impact Of Corona Virus, So Far 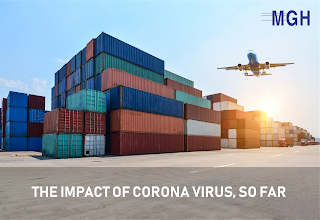 In the Coronavirus epidemic (a global health emergency declared by WHO) China, the logistics hub of the world has been the most affected amongst all its major competitors.

The virus started spreading from the city of Wuhan towards the end of 2019 and by the end of January, citywide quarantine and strict transport restrictions had been placed in various parts of China in an attempt to stop the spread of the virus.

China has some of the world’s biggest and newest seaports apart from having one of the biggest manufacturing industries in the world. But due to the roadblocks, quarantines, and factory closings, severe disruption is being caused to inbound and outbound air cargo shipments, trucking, and rail cargo services, as well as heavy port congestion for vessels along the Yangtze River.

The world’s biggest container line Maersk, has already stated that this global epidemic is likely to cause a hit in their earnings this year as there aren’t enough workers at the ports to move the containers around, not enough truck drivers to move the goods, and no one to receive them at the factories or warehouses. A lot of ships are also laying idle in Asia, as they had to cancel many loadings out of China.

This world health emergency crisis has greatly affected the Chinese manufacturing and export industry. According to Reuters, many fashion retailers have already started to switch to Turkish, Bangladeshi and Vietnamese firms with orders being worth up to $2 Billion.

At a time like this, supply chain managers across the world are racing against time to evaluate the impact of Coronavirus and how to deal with it. Although the long term consequence is yet to fully play out, companies are already working on contingency plans to deal with this global crisis. On a positive note, things are slowly improving as in terms of land transport, 45% of logistics parks in mainland china have reopened. But, the capacity still remains low. It is believed that although the Coronavirus epidemic might impact the global economy in 2020, it will eventually bounce back to its former state.
Reactions:

Popular posts from this blog 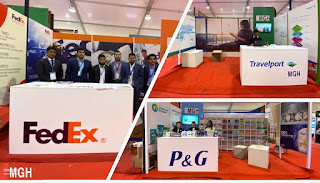 In a time-frame of fewer than 5 months, Covid-19 has impacted the global economy in a major way. The pandemic has also exposed multiple facets of businesses that would need to move quickly and adapt to the new normal.
Post-Covid, there is one thing a lot of businesses would have to certainly reconsider, their supply chains. Lack of stock for essentials during the panic buying spree, the over-dependence on India & China for production of pharmaceuticals, China’s involvement in global supply chains are few chinks in global supply chains that businesses would have to work upon. These challenges would bring out a few very noticeable transitions –
Higher Inventories
Over the last few months, the pandemic has stretched companies' supply chains and the low inventory levels have been exposed. As a takeaway from the pandemic, it would be necessary for companies to maintain a higher level of inventory to create a safety net. The governments across the globe would also try to reduce the …
Read more

Career in Logistics- How to Succeed? 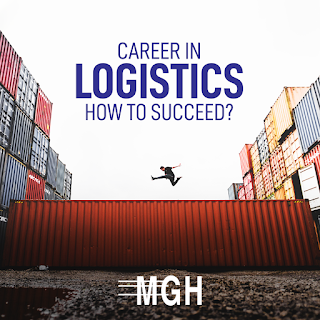 With the emergence of globalization since the mid-20th century, supply chain management has become a predominant matter in the world of trade and with time it has only become more complex and critical than ever before. Therefore, in today’s world, working towards having a career in supply chain management not only opens up a world of opportunities for individuals but also makes him/her a strong candidate in the job market.

Well, though all this sounds very dreamy, it isn’t just that simple. In order to become a strong leader in the supply chain management department, one must be able to develop innovative solutions for complex issues on a regular basis due to the dynamic nature of this sector.

But as we all know, leaders aren’t created in a day and if you ask any eminent leader on their key to success, they will share how they have worked hard to gain the skills needed and persevered through difficult times to reach where they are now.

Thus, below we have rounded up some major ski…
Read more